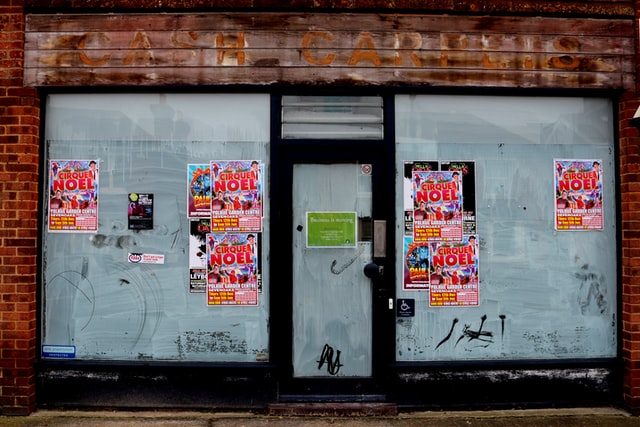 In contrast to recent reports of a flourishing demand for retail over the next year, the overall vacancy rate for shops across Britain has risen to 14.5%.

The figures, from the British Retail Consortium and the Local Data Company’s Vacancy Monitor, paint a stark picture of the current brick and mortar retail landscape. Alongside the struggles of the hospitality sector, physical shops were hit hardest by the reduction in footfall caused by the pandemic.

Whilst undoubtedly boosted by COVID, this rate has increased steadily since the start of 2018.

The Chief Executive of the BRC, Helen Dickinson, said:

“It comes as no surprise that the number of shuttered stores in the UK continues to rise, after retailers have been in and out of lockdown for over a year.

“While vacancy rates are rising across all retail locations, it is shopping centres, with a high proportion of fashion retailers, that have been the hardest hit by the pandemic…Almost one in five shopping centre units now lies empty, and more than one in eight units have been empty for more than a year. Retail parks have also been impacted from the loss of anchor stores and their vacancy rate is rising quickly.”

However, the Director of Local Data Company, Lucy Stainton, has indicated that there may be cause for cautious optimism. Indeed, the rate of vacancy increase was actually far less than in the same period a year previously, possibly indicating that the worst could be over high street and shopping centre-based businesses.

“After an initial flurry of CVAs, closures due to consumer behaviour shifts and cost-cutting exercises, retailers are now starting to dust themselves off with cautious optimism, keeping a close eye on the rapidly changing infection rate and the pace at which vaccinations are taking place; two measures that could seriously de-rail recovery efforts should they not go in the right direction.”

Despite this, she ultimately believes that there will never be enough demand for physical space going forwards. The abundance of this property type means that the data will always highlight the number of vacant shops throughout Britain for the foreseeable.

However, Stainton believes that owners will opt to change the use of their properties in order to mitigate the risks associated with the retail sector. She stated:

“The property market will be forced to think of more creative ways to utilise this space, to avoid exacerbating the already high rates of long-term voids across our retail destinations which are not only unsightly and costly for landlords, but also have a negative impact on surrounding stores.”