The Pub Tenant: The Plight of the UK’s Pubs Exposed in Tom Kerridge’s BBC Docuseries 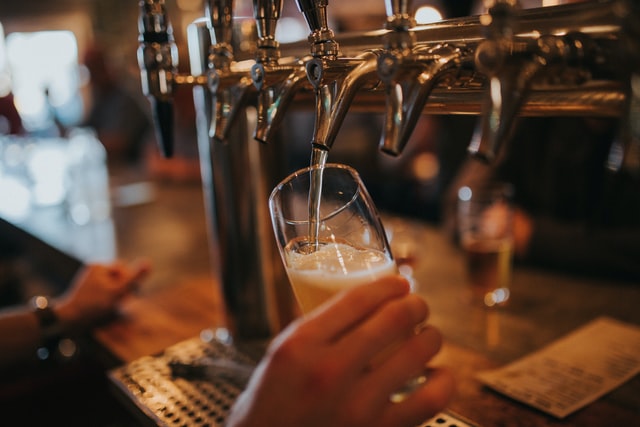 Michelin-starred chef and all-round pub advocate Tom Kerridge has created a new BBC series called ‘Saving Britain’s Pubs’ in which he investigates how many of our locals have been quietly suffering under their unjust owners.

First premiered on Thursday 12th November on BBC Two, Kerridge highlights the major tenancy issues facing British pub landlords by visiting various establishments around the country to investigate their issues and offer support. Filming took place between the end of 2019 and the start of the pandemic.

It is estimated that 15% of UK pubs are owned and governed by breweries who dictate their rent, policies and ultimately drink available on tap, these landlords are known as pubcos. In essence, pubcos contract these pubs in such a way that they are obliged to buy their beer from the pubco at an inflated price. This results in the pub tenant increasing the price for us, the beer drinker, which may put us off from going there at all.

Kerridge calls upon former MP, Greg Mulholland, who has campaigned for a fairer deal for the tenant landlord. His mission revolves around the 2016 Market Rent Only (MRO) scheme which treats the tenant’s lease deal as the same as any other commercial occupier, so they are not overcharged by the pubco through the additional purchase of inflated stock. Through the MRO, tenants can request for their purchase obligations to be severed to their brewery landlord during their lease renewal or rent review. This means the tenant would still retain the brewery as their landlord, but would not have to source all of their alcohol from them. However, as Kerridge also finds out, pubcos are generally charging a higher-than-market-rent to recuperate any lost beer sales not sold at the inflated prices, placing tenants in a compromised situation.

It is interesting to question why this issue hasn’t been brought to into the limelight sooner. The UK has lost over a quarter of its pubs since the turn of the century and the trend is only increasing.

With rising taxes and rent prices, our pubs were dealt the ultimate blow when they were forced to close due to the COVID-19 Pandemic. The time couldn’t be more appropriate for Tom Kerridge and the BBC to produce their findings to an audience, particularly when a community hub is sorely missed during this turbulent period.

In order for the pub as we know it to survive, landlords need to consider the tenancy deals they are offering. The current model employed by pubcos is arguably killing the traditional industry, with a scope for change drastically needed.