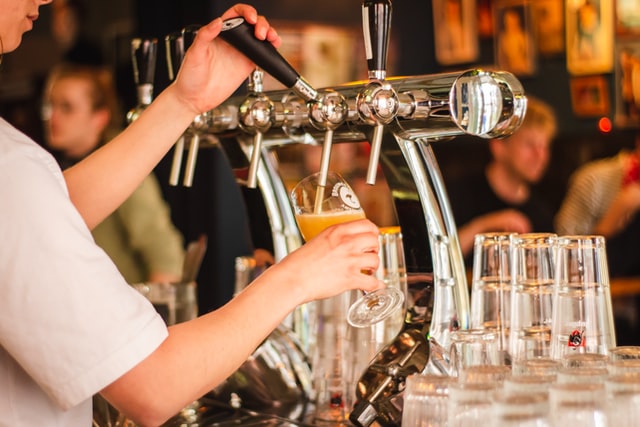 Clive Watson, Chairman of hospitality firm the City Pub Group, which operates 45 pubs across the UK, has said that an increase in the National Living Wage for those over 23 years old to £9.50 could increase his wage bill by £1m per annum.

Around 99% of the City Pub Group’s workforce were put on furlough during the height of the pandemic. The scheme acted as a “life support” for the industry, according to Mr Watson, “but we’re coming off [that] life support now and we need to be able to have a road to recovery”.

While an increase to the National Living Wage may be “welcomed” by many pub employees, Emma McClarkin, Chief Executive of the British Beer & Pub Association, notes that it represents an additional cost for pubs who are “still struggling to recover [from the COVID-19 pandemic] and face an uncertain future.”

According to a survey conducted by the Office of National Statistics in September, nearly a third of hospitality businesses reported that vacancies were more difficult than normal to fill.

Steve Holmes, Chief Executive of the Azzurri Group, that owns the Zizzi’s and ASK Italian restaurant chains, commented on how competitive the hospitality industry is in a post-pandemic climate and how firms were struggling to compete on wages and staff retention due to high business rates bills.

The sector also faces further challenges due to higher energy bills, as a result of the ongoing energy crisis, and the fact that employers’ national insurance contributions will have to increase by 1.25% from April 2022.

According to Ian Ridley, who runs three pubs in Sussex, “something’s got to give, we cannot absorb these cost pressures.”

He estimates that, as a result of the increasing bills, the price of a pint could increase by 20p.

Martin Greenhow, Managing Director of Mojo, which runs six pubs in the North of England, adds that these increased costs would “inevitably be passed onto the consumer.”

It remains to be seen the extent to which measures announced in last week’s Budget, such as a year-long 50% discount on business rates for those in the hospitality, retail and leisure sectors, will have in helping this sector recover in the aftermath of  the pandemic.

Businesses in the hospitality sector are also currently benefiting from a reduced VAT rate of 12.5% until April 2022, at which point it will return to its normal rate of 20%.

In addition, Rishi Sunak announced last week that he would initiate the “most radical simplification of alcohol duty” for over 100 years. Effectively, “the stronger the drink, the higher the rate” of duty, with six rates for alcohol going forwards.

The Chancellor also confirmed, in his budget announcement, a 5% duty cut to draught beer and cider served from containers of over 40 litres, though he expects this will only “reduce the cost of a pint by 3p.”